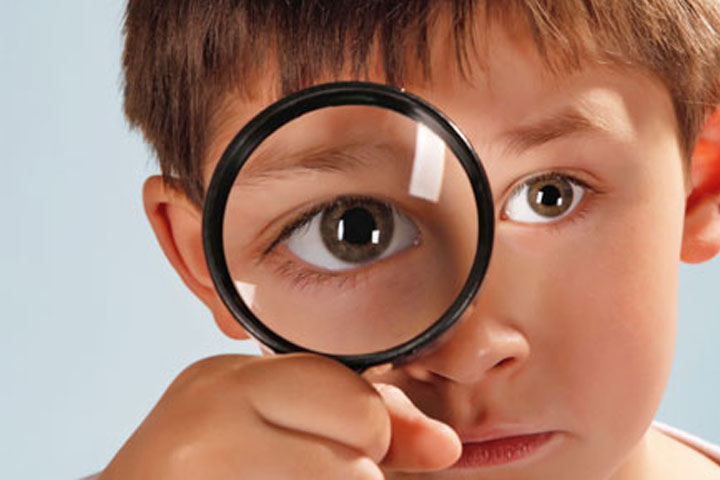 Visual Communication Analysis (VCA) is a teaching technique that is an application of Self-Determination Theory where the instruction is given visually. Although VCA is a generalized teaching technique that results in the rapid acquisition of the targeted skill, the biggest gains using VCA are seen in the areas of self-esteem and positive self-image. This is especially important in the the realm of teaching adaptive behavior skills where research has shown that positive self-determination is bigger indicator of future success than Intellectual Quotient (IQ).

Visual instruction is critical for those children with autism who think in pictures i.e. are visual learners as this is their primary mode of skill acquisition.  For nonverbal children with autism, the lack of ability to communicate is a source of major stress and frustration and is therefore the first targeted deficit area. However, instead of targeting speech production, VCA is used to teach typing and reading as a primary means of communication. The data shows that teaching reading results in speech production in about 65% of children with severe autism.

VCA is implemented by using a very child centered approach. It starts by giving the child control and perceived-control by allowing them to choose the target activity and the order of activities. The amount of time dedicated to each task is determined by the child’s engagement in the activity. There are no reward or token systems. All motivation is intrinsic.

Competence support involves being positive so that the child can succeed by: reframing past failures as short successes; providing accurate effective feedback in a non-judgmental manner; identifying barriers; skills building and problem solving; and developing a plan that is appropriately challenging to the child’s skill and experience level. As a result, each of the presented activities is carefully designed so that it is set at “optimal difficulty” i.e. it is motivating, challenging, and attainable.

Relatedness support includes providing unconditional positive regard (particularly in the face of failures), being empathic with child’s concerns, and providing a consistently warm interpersonal environment.

For this reason, the therapist is actively engaged with the child. Very close observation and continuous evaluation of the child are imperative in order to present tasks that are performance-contingent and at an optimal level of difficulty, in order to elicit intrinsic motivation, increase self-esteem, and ultimately foster improvement in various areas of deficit.

The results of VCA in teaching new skills are similar to other techniques. However, due to the remarkable increase in self-esteem there are many non-targeted behaviors that also improve. Parents have reported that their children are able to sleep alone in their beds without needing parental presence. Other parents report that after many years of prompt dependence, their children are finally able to initiate activities independently and actively seek out novel activities. The parents have also reported an increase in the sense of well-being of their children. The verbal children have remarked that they “feel smart” after years of feeling “stupid.”

VCA was developed by Dalia and Gary Shkedy over the past 12 years and has been implemented clinically since 2012.  VCA has also been implemented in multiple special education classes in many public schools.

The central concept in the study of human behavior is the concept of motivation, i.e. what moves individuals to think, act, and develop. People are often moved by external factors such as money, fame, token systems, grades, or the opinions they fear others may have of them. Simultaneously, people are motivated from within, by interests, curiosity, care, or abiding values. These intrinsic motivations are not necessarily rewarded or supported by external factors but they nonetheless sustain and energize passions, creativity, and other efforts. The theoretical framework of Deci and Ryan’s (1985) Self Determination Theory (SDT) can be used to examine the interplay between the extrinsic forces acting on a person and the intrinsic motives and needs inherent in human nature.

SDT is a general theory of human motivation that emphasizes the extent to which behaviors are relatively autonomous (i.e. behaviors that originate from the self) versus relatively controlled (i.e. behaviors that are pressured by external forces).  Traditional theories of motivation distinguish between intrinsic and extrinsic motivations. SDT, on the other hand, contemplates a motivational continuum where extrinsic motivations are characterized by the extent to which they are internalized.  More importantly, SDT also focuses on how social and cultural factors either facilitate or undermine people’s sense of volition and initiative, in addition to their sense of well-being and the quality of their performance.

Conditions that support these needs will foster the most volitional and high quality forms of motivation and engagement for activities. In addition, the degree to which any of these three psychological needs is unsupported within a social context will have a robust detrimental impact on wellness in that setting. By focusing on the fundamental psychological tendencies toward intrinsic motivation and integration, SDT occupies a unique position in psychology, as it addresses not only the central questions of why people do what they do, but also the costs and benefits of various ways of socially regulating or promoting behavior.